Clea Simon is the Boston Globe-bestselling author of three nonfiction books and 29 mysteries, including World Enough and Hold Me Down, both of which were named “Must Reads” by the Massachusetts Center for the Book.

A graduate of Harvard University and former journalist, she has contributed to publications ranging from Salon.com and Harvard Magazine to Yankee and The New York Times.

Clea is the author of the psychological suspense novels  World Enough   and  Hold Me Down  (both named “Must Reads” by the Massachusetts Center for the Book), five mystery series, and three nonfiction books. She also writes frequently for the Boston Globe and other outlets.

Clea’s latest mystery series is the Witch Cats of Cambridge. These cozy paranormal mysteries kicked off with A Spell of Murder and continue  with An Incantation of Cats and A Cat on the Case (Polis Books).

Her darker, dystopian Blackie and Care mystery series starts with The Ninth Life and continues with As Dark As My Fur  and Cross My Path (Severn House).

The Theda Krakow cats & crime & rock & roll mystery series was launched in 2005 with Mew is for Murder and continued with Cattery Row and Cries and Whiskers, and Probable Claws (Poisoned Pen Press).

Clea’s nonfiction books are Mad House: Growing Up in the Shadow of Mentally Ill Siblings (Doubleday, 1997), Fatherless Women: How We Change After We Lose Our Dads (Wiley, 2001), and The Feline Mystique: On the Mysterious Connection Between Women and Cats (St. Martin’s Press, 2002).

Her essays are included in multiple anthologies, including Cat Women: Female Writers on Their Feline Friends, For Keeps: Women Tell the Truth About Their Bodies, Growing Older, and Acceptance, and He Said What? Women Write About Moments When Everything Changed (Seal Press). Her short mysteries have been published by Punk Noir magazine and appear in the Anthony Award-winning Shattering Glass (Nasty Woman Press),  Down to the River (Down & Out Books), Christmas Cats: A Literary Companion (Chamberlain Bros.), Mast Head: Best New England Crime Stories and Deadfall: Crime Stories by New England Authors (Level Best), Cambridge Voices (Friends of the CPL), and Tales from the House Band, Volumes 1 and 2 (Plus One Press) anthologies, among others. She has also written new introductions for two Agatha Christie classics, The Mysterious Affair at Styles and The Secret Adversary, published by the Barnes and Noble Library of Essential Reading.

In addition to the Boston Globe, her writing pops up occasionally in such publications as American Prospect, Ms., San Francisco Chronicle, and Salon.com. (See a range of her criticism, opinion articles, and journalism here.) 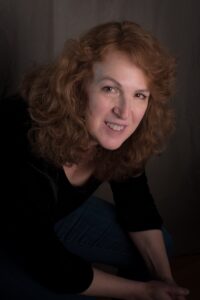 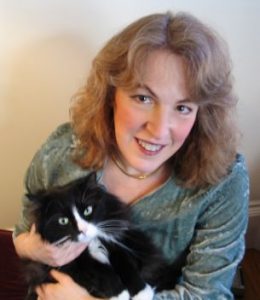