A seemingly routine case becomes something far darker and deeper for novice private investigator, Care, and her feline companion, Blackie.

"Clea Simon paints a sweeping emotional cityscape that will stay with you long after you put the book down."

Blackie does not trust Care’s new client, factory owner Mr Gravitz, who has hired the young PI to shadow one of his workers, a man he suspects is stealing from him. With his feline sixth sense, Blackie knows the client is not telling the truth – but how can he protect and warn his companion, Care, when he is only a cat?

Combining elements of feline fantasy and traditional whodunit, As Dark As My Fur continues the adventures of this original and unusual detective duo: two small creatures in a nightmarish urban landscape, fighting for their lives and for the memories of those they love.

Endorsements
Readers who enjoy the prickly pleasure of stepping into a strange alternate universe will welcome Simon's hypnotic second Blackie and Care mystery (after 2015's The Ninth Life), set in a blighted unnamed city. Bands of gangsters control the various neighborhoods, bartering is more common than the use of money, and the mostly illiterate masses have to scavenge to eke out a living. Pink-haired teen Carrie "Care" Wright, an apprentice private detective, navigates this treacherous world aided by Blackie, a cat she rescued from drowning. Blackie, the narrator, is no ordinary cat. His consciousness contains not only his feline instincts but also flashes of memories from his past life as a human. When a factory owner hires Care, who has been in charge of the detective agency since her mentor's murder, to shadow one of his workers, Blackie fears something isn't quite right. Since he can't talk, he can do little to warn Care of his misgivings. The novel perilously walks the line between dream and nightmare. - Publishers Weekly 1/23/2017 I consider Clea Simon to be an absolutely brilliant writer, regardless of what genre she writes in. Writing in a cat's voice is an art form, and few writers manage to do it well. In this series, Simon takes this art into a new realm. The way she sets scenes from Blackie's point of view, and the way she describes how he takes in the world around him, reflects not just a thorough understanding of feline behavior, but also a connection to the feline soul that I have rarely seen in other cat books. The best writers paint pictures with their words. In As Dark As My Fur, Clea Simon paints a sweeping emotional cityscape that will stay with you long after you put the book down.
– The Conscious Cat
Reviews

As Dark as My Fur Reviews

Reviews from Goodreads.com
Preview
Other Book in "Blackie & Care" 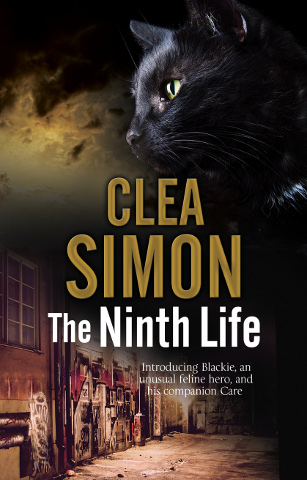 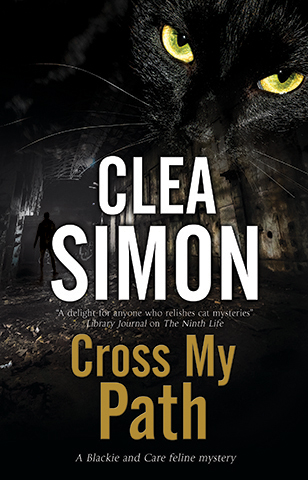