A sampling of my journalism/nonfiction pieces (more on request):

I was ripe to be a victim:  In this op-ed in the Boston Globe, I discussed the psychology of victims, starting with my own.

In the #MeToo Era, We Don’t Need to Make Nice for the Boston Globe.

He Wrote/She Wrote: On Gender in Mystery Writing. An op-ed in the Boston Globe.

Truth and Reconciliation on the Bandstand. An op-ed about two people showing how to move on in the age of #MeToo for the Boston Globe.

Are Women Locked Out of Jazz at Lincoln Center? An update on the advocacy for the Arts Fuse.

Harvard students study art by making it (for the Harvard Gazette).

This op-ed (opinion piece) for the Boston Globe on the TV show “The Americans,” Chrissie Hynde, and rape touches on ideas I’m working into a new novel: Elizabeth Jennings: ‘American,’ Russian mole, and, beneath it all, rape survivor.

A look back at the year in YA fiction and how it focused on issues of gender and sexuality (for the Boston Globe.)

It closed twenty years ago, but the Rat’s rollicking reverb echoes on:  Remembering Boston’s landmark rock club (for The Boston Globe Magazine) 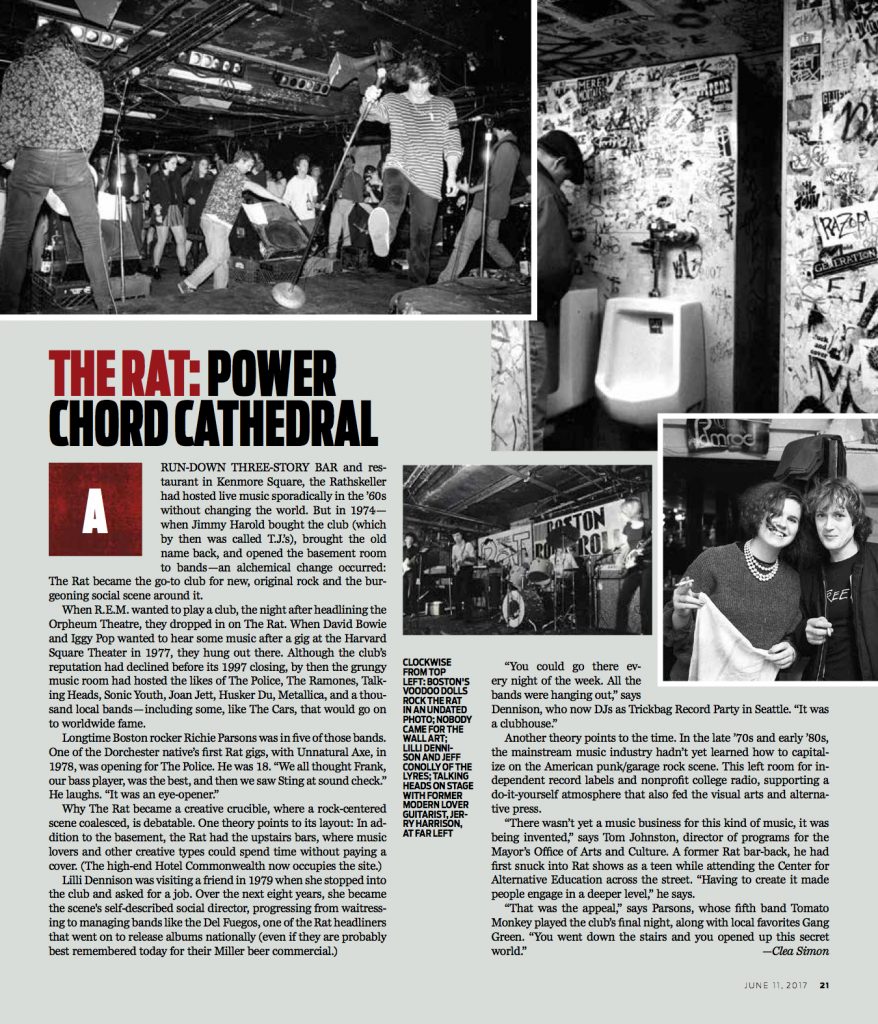 The Web Catches and Reshapes Radio: A primer on Internet radio (for the New York Times)

Parenting Passages: When adult children care for their elders (for
Harvard Magazine)

The Unwavering Gaze: Fabritius and Donna Tartt’s “The Goldfinch” (for the Arts Fuse)

With friends like these…: A writeup of the online Readerville
community (for The New York Times)

Cat Burgler: Or why cat hoarder Heidi Erickson will probably hoard again (for the Boston Phoenix)

Eat This Song: The first time I heard the band X (for Salon.com)

A profile of media critic Jean Kilbourne (for Ms. magazine)

Girl Power: The fine art of remaining a feminist – and not having to kill the spiders (for the Boston Phoenix)

Animal Magnetism, or why we love the pets we do (for the Boston Phoenix)

Found in Translation: A review of Dubravka Ugresic’s spot-on skewering of the publishing industry (for the Boston Phoenix)

The hunter becomes the hunted: My review of David
Quammen’s great Monsters of God. (for the San Francisco Chronicle)

And, for fun, short music pieces and reviews for Offbeat magazine.