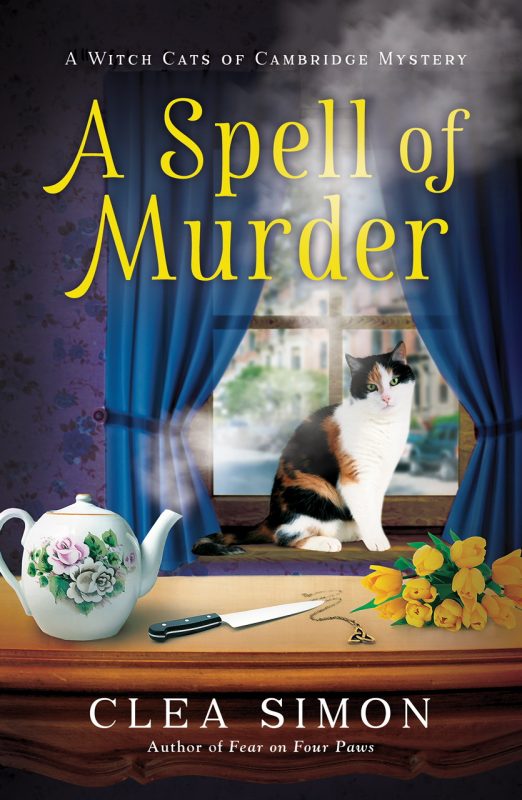 A Spell of Murder

First in an exciting new cozy series that mixes feline fiction with a touch of the paranormal and a little romance as well. "Delightful," raves Publishers Weekly. "You don’t have to be a cat lover to appreciate this paranormal cozy’s witty observations, entertaining dialogue, and astute characterizations." 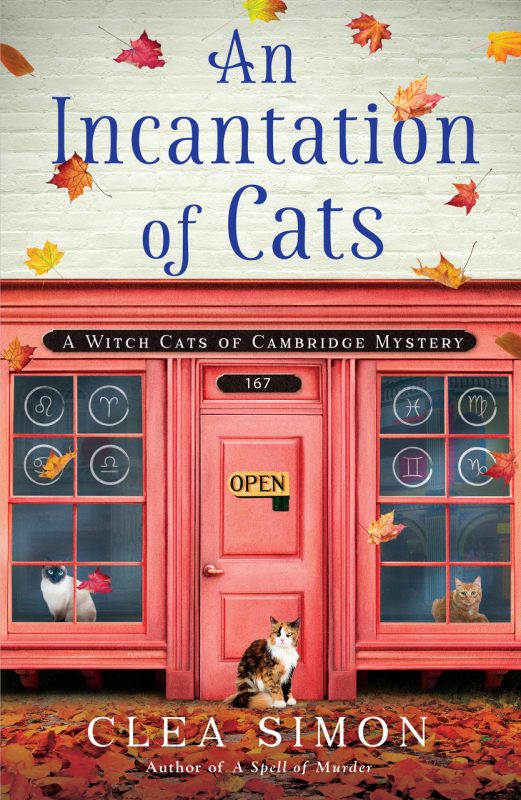 An Incantation of Cats

"Simon expertly casts suspicion on one member of her tiny human cast after another ... for readers who want all cats, all the time." – Kirkus Reviews

"Cat lovers, even if not fans of the paranormal, will be enchanted," – Booklist

"A sweet fantasy of magical cats helping to find out whodunnit that’s perfect for a few hours of cozy escapism.” – Criminal Element

When two new clients seek Becca’s professional services, the fledgling witch detective is overjoyed. Finally, she can use her skills to help her magical community. But as the young witch finds the new cases intertwining, things grow more complicated. Becca’s three cats – the ones with the real power – can smell something is wrong with these clients. But not even Clara, the calico, knows what to do when a man ends up dead and a powerful and poisonous root appears – and disappears – in the case. To make matters worse, Clara and her littermates are feuding – and she can’t tell them about an unsettling interaction she’s had with one of the client’s sisters. Is it possible that some humans may have the same powers as the magical felines? What does that mean for Clara’s beloved Becca – and for the potent poison that has already taken one person’s life? In this second Witch Cats of Cambridge mystery, Clara and her sisters must learn to work together if they are to save the person they all love. 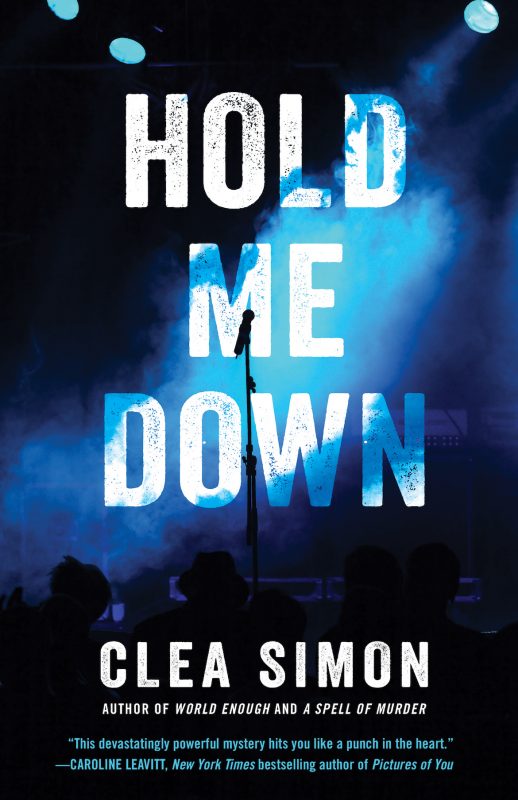 This riveting work of dark suspense from acclaimed author Clea Simon opens with Gal, a rock star for a hot minute twenty years earlier, back in Boston to play a memorial for her late drummer/best friend when she finds herself freezing on stage at the sight of a face in the crowd. The next day, the middle-aged musician learns that the man she saw has been killed – beaten to death behind the venue – and her friend’s widower charged in connection with his death. When the friend refuses to defend himself, Gal wonders why and, as the memories begin to flood back, she starts her own informal investigation. As she does so, she must reexamine her own wild life, her perception of the past, and an industry that monetizes dysfunction in a dark tale of love, music, and murder.

HOLD ME DOWN is a standalone novel of suspense, set in the basement clubs and dark back rooms behind the stage lights of rock and roll stardom. Like 2017's Massachusetts Book Awards "must read" World Enough, HOLD ME DOWN deals with love in all its forms, community, and rock and roll from a strong, if damaged female perspective.

"Simon perceptively illustrates the sacrifices one makes for art. Simon’s tour of the Boston music scene will make readers wish “Hold Me Down” included a link to iTunes." ―Oline Cogdill, Sun-Sentinel