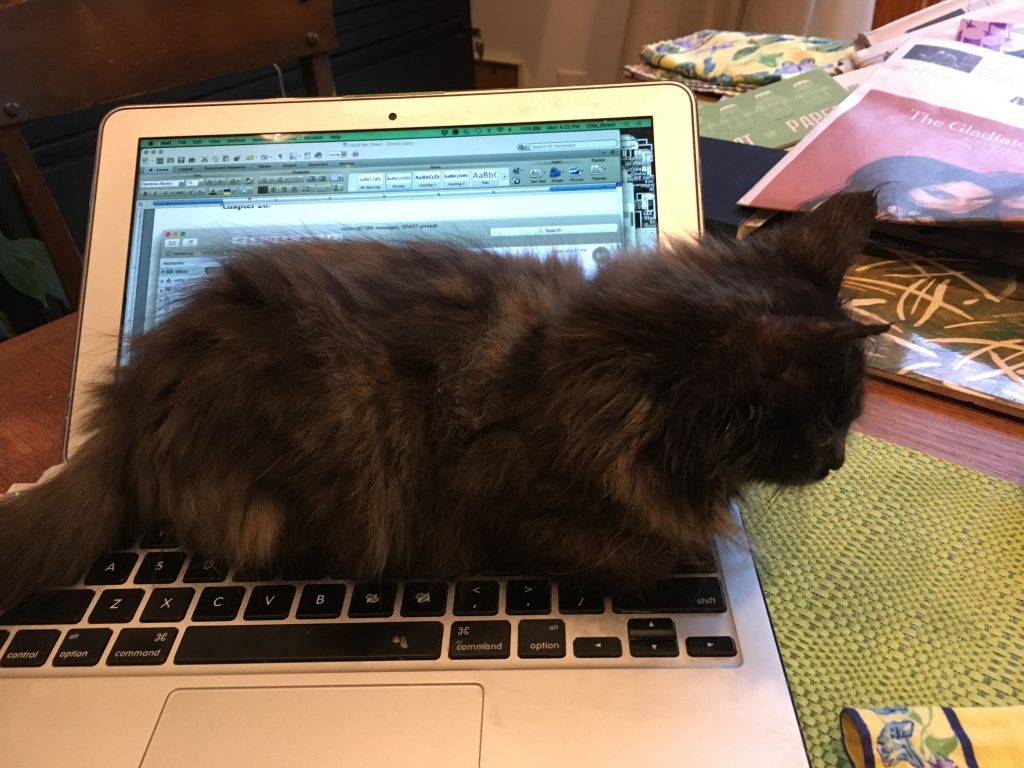 January was horrid this year. Much of the East Coast was caught in a polar freeze, with temperatures far below normal. Luckily, an astute animal lover in West Virginia was on the alert. During the icy snap, she rescued one pregnant mama cat and two litters of new kittens. Although, she has told me, she thought she would do trap-neuter-return with them all, she knew it was just too cold for the little ones to survive. Instead, she kept them inside, got them to a vet, and socialized them to be confident and unafraid and loving.

But the South has too many unwanted cats, and so this past weekend,  those kittens made the trek north, thanks to the help of a New England rescue group. And on Sunday, Jon and I met Thisbe, a two pound tortoiseshell ball of fluff with one pale toe (otherwise, she wears black stockings, rather like the cancan dancers painted by Toulouse Lautrec). We weren’t sure, initially, what would happen. We figured, at the very least, we’d get her to a vet and give her a better chance of adoption up here. By bedtime, of course, we were hooked.

it’s been a joy to have her in the house, although it’s also been a little sleepless and crazy as we adjust to new kitten ways (and she to us)! And that joy is touched with sadness. I keep flashing back to the horrible day before Musetta died, last September. She was in her bed and didn’t want to be pet or held (she cried if we touched her), and beyond padding the area around her bed with cushions, in case she wanted to come out, and offerings of baby food and water I couldn’t think of anything else to do. And so I went for a walk. I had some errands to do, but I basically just wanted an excuse to move, to get away, because I felt so awful. I couldn’t do anything for her at that point, but I felt like a coward. I knew she was miserable and I just couldn’t stand it. She was ready to go, and the next morning she did.

I find it hard to believe that we adopted Musetta only five months after the death of Cyrus, my first great cat (and the inspiration for “Mr. Grey” in my Dulcie Schwartz books), but I know we did. That horrible autumn day feels like yesterday, but it was more than six months ago. And now Thisbe is here. She is lively and outspoken, peeping when she wants our attention and grunting slightly when she pounces on a toy, and she has already declared ownership of the fake fur throw that Jon got me for Chanukah. Right now, she’s napping on it, after a round of ferocious play, and she’s a little sticky from her ear mite drops (she’s otherwise in good health), thanks to the caring and conscientiousness of that animal rescuer in West Virginia.

I know I should be grateful to that rescuer for saving this little cat, as well as close to a dozen others. But basically I’m grateful to Thisbe, who is already doing her part to rescue me. In return, I pledge to care for her all the days of her life, as I tried to do for Musetta and Cyrus before her. To love her and to play and to do the necessary when the time comes. For now, though, I want to focus on the joyous energy of a healthy kitten. And so I give you the loudest purr I know. Please join me in welcoming Thisbe! 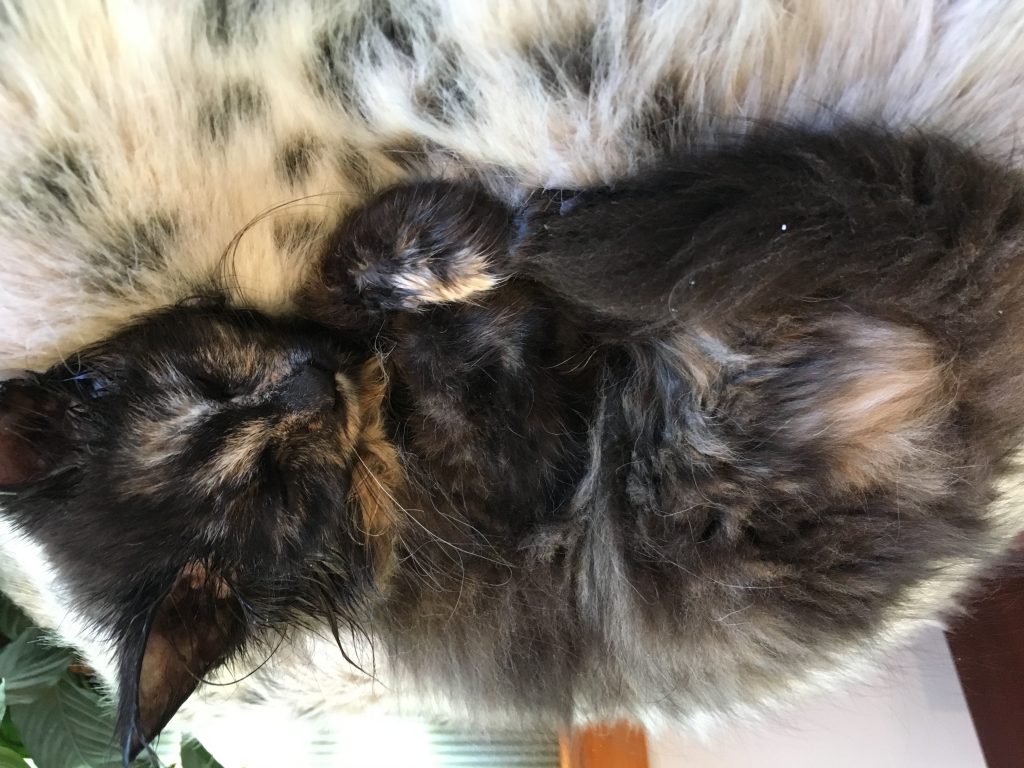