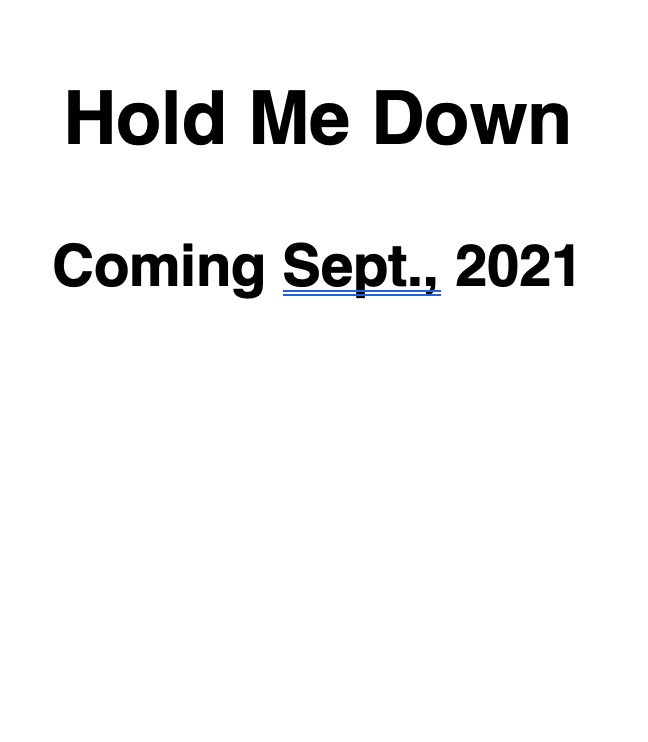 A riveting work of dark suspense from acclaimed author Clea Simon Gal, a middle-aged musician, is back in Boston to play a memorial for her late drummer/best friend, when she finds herself freezing on stage at the sight of a face in the crowd. The next day, she learns that the man she saw has been killed – beaten to death behind the venue – and her friend’s widower is being charged in connection with his death. When the friend refuses to defend himself, Gal wonders why and, as the memories of begin to flood back, she starts her own informal investigation. As she does so, she must reexamine her own wild life, her perception of the past, and an industry that monetizes dysfunction in a dark tale of love, music, and murder.

HOLD ME DOWN is a standalone novel of suspense, set in the basement clubs and dark back rooms behind the stage lights of rock and roll stardom. Like 2017's Massachusetts Book Awards "must read" World Enough, HOLD ME DOWN deals with love in all its forms, community, and rock and roll from a strong, if damaged female perspective.